Uploads and Streaming and Death Threats, Oh My!! 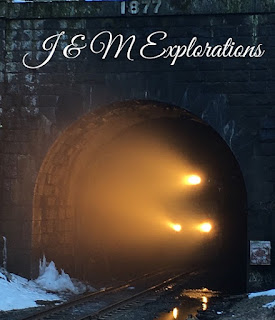 The warmth of the April sun kissed our cheeks as we stood just beyond the entrance of the Hoosac Tunnel in the beautiful Berkshires of Massachusetts.  I (the J of J&M) knew that we would be attempting our first video for YouTube and my stomach fluttered a little with nerves and the full-blown feeling of wanting to puke behind a bush.  I never really considered myself camera ready…my hair had a mind of its own, my voice was less than perfect, and I just knew I had about a million ridiculous things to say.  But when I looked into M’s eyes, I knew that all those things really didn’t matter.  We weren’t doing this to become famous, we weren’t filming our adventures for analytics and monetizing (terms I later found out about) we were doing this to document the amazing times we have together!  It was a chance to have fun and, as it has always been our mission in the beginning and still is to this day, to hopefully inspire others to get out there and explore the wonderous world around us.  And so, it began. 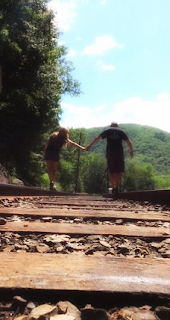 I had never really had any exposure to YouTube, other than the occasional funny viral video that just had to be viewed.  I knew of its existence and had even heard that it could turn regular people, people just like us, into well-known personalities.  I never really gave it much thought and would have never imagined that someday we would end up creating videos of our amazing adventures.  It was slow go at the beginning.  We had one “subscriber”, aka supporter….Wade, Marcel’s son-in-law, who believed in us and hit that  button despite the fact that the two of us are die hard Patriots fans.  Our supporter base began to grow slowly but surely.  We had our first taste of thumbs downs and the occasional “You guys are idiots”, but that didn’t stop us!  We have said it a million times…” We definitely aren’t for everybody!  If you want to watch great!  Come along for the ride, if not…no big deal!”  That is the beauty of YouTube, there is something out there for everyone!
As we began to spread our YouTube wings (sorry Twitter, we think you are for the birds), we began to find others that we enjoyed watching and interacting with.  Peaceful walks through the woods with Marlo C, inspiring “get off that couch” moments with Muscle the Russell, amazing explores with Burning Sands Exploration, the Lost Turtle, RNS, Hobie Katt, Rich Discoveries and the Vega Zone.  Funny and extremely entertaining moments with Mr. Fables.  We have been taken to far off lands with Urbexy, Explore 101 Urbex, Kelita K, Exploring with Carl, OneOld Key and Awesome Epic Adventures….just to name a few.  It has been an opportunity to travel the world and gain inspiration from others who share our passion. 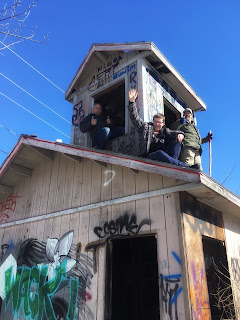 A few months ago, we added another layer to our YouTube experience when we found a few live streams that we swiftly began to enjoy and become a part of.   We began to look forward to Monday, Tuesday and Friday nights!  Live streams are a wonderful time to meet up with others with whom you share common interests.  They have come a long way since the dial up days of  “You’ve got mail” and archaic chat rooms.  Your host appears live on the screen and is the conductor of a symphony of stories to be told, advice to be given and, in most cases, laughter to be had.  A deep and sincere respect began to grow for one of our most favorite conductors.  Exploring with CF…it was, at first, a mystery as to what the CF meant.  Was it the name of the two gentleman that explored many amazing places deep in the heart of our country?  Was it a first and last initial?  We soon learned what the CF meant and, without making the conductor blush, it took our breath away.   You see, the CF stands for cystic fibrosis, a genetic disorder that can affect many organs in the body but tends to affect the lungs the most.  It can cause many debilitating symptoms such as a persistent cough and difficulty breathing.  He does not dwell on the fact that he has this disorder and instead has become an inspiration for many young people who also have been diagnosed with this disease.  As for the two of us, we learned early on not to feel sorry for our friend, only to join him in his quest to inspire others.  We swiftly looked beyond the title and began to learn from this veteran explorer.  Our very own Obi Wan Kenobi.  Now, as for the two of us…exploring is not M’s first rodeo.  As mentioned before, he has been exploring the wonderful world of decay and abandonment for many, many years.  The J (that’s me…duh) is a relative newbie.  Within the streams, we have, even with one of us being extremely experienced, learned many new things and for that we are forever grateful.  Along the way, we just so happened to make many new friendships and, as it so happens…a few enemies as well.


It all started with laughter amongst friends, telling stories and getting to know others, who, as it just so happens, are real life people behind the swift fingers of a computer keyboard.   Behind the veil of anonymity within the world of social media, lies the entanglement of blessed humanity intertwined so meticulously around a web of malevolent chaos.  We had encountered a fellow explorer with whom we began to form a bond with.  He was funny and engaging and we truly enjoyed visiting his streams.  On Mondays, we talked all things exploring…from cameras to drones to places we have been and dangers we have encountered.  On Fridays, it was a free for all!  Time to laugh and let loose! We had some really great times!!   And then came an unraveling, a downward fall that became extremely difficult to watch…even as I write this, I hesitate, because….You know when you do something and then you regret it and just wish you never said anything in the first place?  The old saying, “Sometimes it’s better to leave well enough alone.” Well, we saw our friend spiraling out of control and, due to the fact that we are both a bit outspoken, did not leave well enough alone.  Although our intentions were, in our minds, for the good.  They were misinterpreted and set off an explosion of hatred, hostility and anger.  Unspeakable threats of violence ensued and although some loyalties were broken, we received a wave of support and caring that we will not soon forget.  It was deflating, but we have rebounded and do not intend for this incident to intrude on our explorations.  We have no ill will and no desire to reopen old wounds, just closing the chapter in this part of our story for good.


Our participation on streams is still something that we enjoy and look forward to!  There are so many amazing people out there and we are very thankful to have found a way to share our adventures while, through the magic of YouTube, we get to travel the world to come along with others as they explore this wide world of awe-inspiring locations!  Adventure is truly out there! 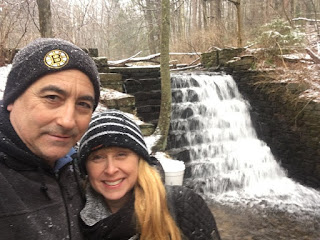 
As always,  “Do whatever makes you feel alive!!”


For more information on Cystic Fibrosis and how you can help please visit…www.cff.org